H.R.H. officially became Ambassador of Peace for the project which aims at helping and protecting all women who have been harassed. The Association, directly managed by UN, has the following board directors:

please see the contact of the official web site https://www.unwomenforpeace.org/our-board/

H.R.H. was given the prestigious Humanitarian Award by UN Women for Peace Association on March, 3rd 2017. She got the Award because of “her intense social and charity activity in favour of poor children”. This Association, founded in 2008, supports UN’s projects and goals. These give women the chance to participate in the realisation of Global Peace, through educational, cultural and social programmes.

TRH Princess Camilla, Maria Carolina and Maria Chiara are engaged with Unicef with the so called project “Dona una Pigotta, salva una vita” (Offer a Pigotta, save a life) in order to help all needy children.

A Memorandum of Understanding has been signed between Sacred Military Constantinian Order of Saint George, the Royal House of Bourbon Two Sicilies and Istituto Dermatologico dell’Immacolata

Cardioprotected City Project, launched in collaboration with the Pediatric hospital Bambin Gesù, aims at spreading awareness among citizens. Each Sacred Costantinian Military Order of St. George’s delegation will be in charge of finding those schools where the awareness campaign could take place. A machinery useful for the first aid all around Italy will be given . The first aid, started with a semi-automatic defibrilator allows an immediate intervention in case of heart attack. Since this machinery is very easy to use, everybody can help in case of need giving the first aid.

HRH The Princess Maria Carolina of Bourbon Two Sicilies, Duchess of Palermo will be the project’s sponsor.

At first the project was launched by the Sicilian Delegation. The project was inaugurated in Noto where TRH Dukes of Castro, the Duchess of Calabria and Palermo and the Duchess of Noto. Afterwards it was inaugurated in Calabria, the project’s sponsor there was HRH the Princess Beatrice of Bourbon Two Sicilies. The third stage is the Tuscany Delegation, after that we will move to Abruzzo, Molise and the Latium Delegation with IDI’s sponsorship.

H.R.H Princess Camilla actively supports the Foundation that develops girl scouting activities internationally. The Foundation’s major goal is to educate and train scouts, to guide and to empower young women (not to teach them) through physical, moral and spiritual training.

H.R.H Princess Camilla is member of the AMADE jury that selects movies in competion for Montecarlo Cinema Festival. Documentaries and films in competion are selected by experts that will declare the winner. AMADE defends and develops arts and culture that are stricly associated to the Foundation itself. In 2016 H.R.H. was given the prestigious Peace Jam Visionary Award directly by the Nobel Price Mrs. Rigoberta Menchù Tun because of her efforts and her fights for equality among people and against women violence.

H.R.H. Princess Camilla, as representative of the Royal House of Bourbon Two Siciles, has always been very attached to social issues. MONAA association’s main goal is to spread awareness among citizens concerning autism. It is one of the most important associations highly sponsored by H.R.H Princess Charlene of Monaco.

The ceremony for the signing of the Memorandum of Understanding between the National Committee of the Italian Red Cross and the Sacred Military Constantinian Order of Saint George was held in Rome on December, 4th 2018. The National President of the Red Cross Mr. Francesco Rocca and the Grand Master of the Constantinian Order, HRH Prince Charles of Bourbon Two Sicilies, Duke of Castro signed the agreement. 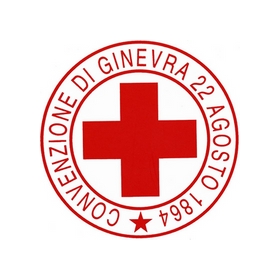