Some 30 years ago, a group of prominent knights of the Sacred Military Constantinian Order decided to record for prosperity some of the most memorable and inspiring pieces of royal and military music ever written during the existence of the Kingdom of the Two Sicilies. Through this celebration of anthems and marches, the knights desired above all else to bring to life once again the pomp and majesty of their former kingdom and offer the listener an insight into the achievements of some of its most prominent Court musicians.

The knights dedicated their original work to the honour and memory of the long and distinguished line of Grand Masters of the Sacred Military Order as well as the Sovereigns and Heads of the Royal House of Bourbon Two Sicilies. For as history has already well documented, their dynasty was one of Europe’s most eminent and respected. A dynasty that demonstrated their dignity, honesty and honour during both the triumphal and adverse pages of its history.

One of the most emotional pieces of music below is the Inno de Re (The King’s Hymn) which was composed in 1787 by Giovanni Paisiello, a distinguished musician and Maestro di Camera e di Cappella. Commissioned by His Late Majesty Ferdinando IV, King of Naples and Sicily (1751-1825), this piece of music, above all others, symbolized the country’s nationhood, strength and power and hence its adoption as the National Anthem of the Kingdom. 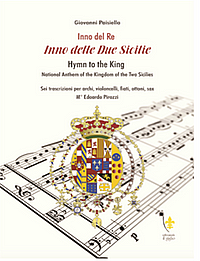 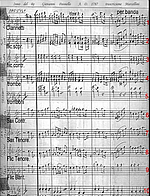 For more information about Paisiello’s “Anthem of the King”, click here.

Royal and Military Anthems and Marches

Following the terrorist atrocities across the United States of America on 11th September 2001, the Sacred Military Constantinian Order of Saint George once again rose to its ancient calling of hospitaller and humanitarian work and organised a Royal Charity Concert of 18th century Neapolitan sacred music.

From this one evening, tens of thousands of dollars were raised and later presented to St Vincent’s Hospital – the closest trauma centre to the World Trade Center. His Eminence the Cardinal Archbishop of Washington, Prior of the United States Delegation of the Sacred Military Constantinian Order of Saint George, remarked “it is a sign of solidarity from our worldwide Order to the people of the City of New York, who suffered so much.”

This unique event was held in October 2001 in the historic setting of the Cathedral of Monaco. Among the hundreds of guests who attended were HSH Prince Rainer III, Sovereign Prince of the Principality of Monaco, HRH The Duke of Castro, Grand Master of the Sacred Military Constantinian Order and Head of the Royal House of Bourbon Two Sicilies. The event was also graced with the presence of His Eminence Mario Francesca, Cardinal Pompedda, Grand Prior of the Sacred Military Constantinian Order and Prefect of the Supreme Tribunal of the Apostolic Segnatura of the Vatican City.

This moving tribute by the Conseratoire de musique San Pietro a Majella de Naples, captures so well the moment when the world stood still. Its various pieces of sacred music and song are truly spiritually inspiring and thought provoking.