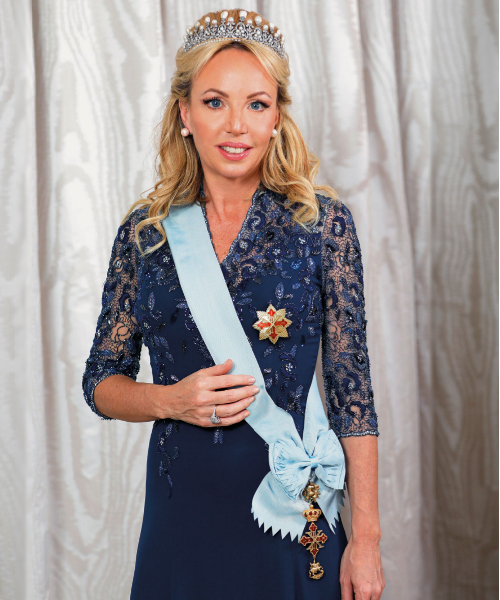 Her Royal Highness Princess Camilla of Bourbon Two Sicilies, Duchess of Castro, was born in Rome on 5 April 1971. The Duchess of Castro studied in New York, at the Marymount High School, and later at New York University. After living in Switzerland, Paris and Mexico, Her Royal Highness now principally lives between Rome, Monte Carlo and Paris. The Duchess is fluent in Italian, French, English, Spanish and Japanese.

The Duchess of Castro has always supported charity associations, including UNICEF and the Red Cross, and she is an active public figure, which promotes the arts, culture and sport of southern Italy.

Her Royal Highness plays a prominent role in the national and international activities of the dynastic orders of the Royal House of Bourbon Two Sicilies especially those that relate to charitable and humanitarian assistance.

Among others, the Duchess of Castro has been awarded the following decorations:

Dame Grand Cross of the Royal Order of Francis I.