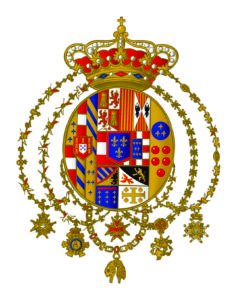 Versailles, December 10th, 2018– TRH Princes Charles and Camilla of Bourbon Two Sicilies took part in the dinner organized by the European Association of Royal Residences in Versailles, which was placed under the sign of Europe at the end of the European Year of cultural heritage. The event was organized under the High Patronage of the Minister of Europe and Foreign Affairs. The dinner brought together star chefs working with the Royal Residences. Combining old culinary traditions with recent innovations, mixing European habits and techniques, the event paid tribute to centuries-old European haute cuisine, recognized as one of the best in the world.