Skip to content
Home
|
A little bit of history: “The Marble Machine of Charles III” 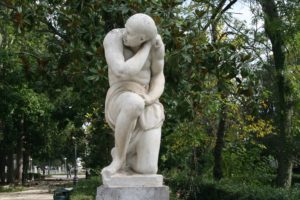 With Charles of Bourbon’s accession to the throne, in 1734 the Vice King Count of Montemar accepted the request of the people and the aristocracy of Palermo and ordered the erection of a marble machine in honour of the King. The statue was placed in “Piazza Sant’Anna” in Palermo. On July 22nd, 1736, when the construction of the pedestal was completed, the statue of the King was placed. The inauguration took place on July 25th in the presence of the deputy king Marquis Pietro de Castro Figueroa. The monument consisted of a base that was accessed by climbing five steps, on which a triangular marble pedestal was placed with three statues kneeling towards the King’s statue placed on a central baroque-style pedestal. The three kneeling statues represented Heresy, Islam, and the Eastern Schism. These allegories represented the main enemy of the Kingdom of the Two Sicilies. The artist who sculpted the marble machine was Lorenzo Marabutti. In 1779 the statue of Charles III was moved by municipal resolution (civic administration) because it hindered the intense commercial activity of the square. It was placed on a new pedestal on the so called “Strada Colonna”, in symmetry with the statue of Charles II. The three kneeling statues were moved to Villa Giulia, near the statue of the Genius of Palermo sculpted by Ignazio Marabitti. On that occasion the names of the three statues were changed to “Rabbia”, “Ira” and “Invidia”. During the riots of 1820, rioters destroyed all the statues in the Bourbon Forum. Ironically, only the three statues that represented the enemies of the Catholic King still remain, but the statue of the Catholic King was destroyed. 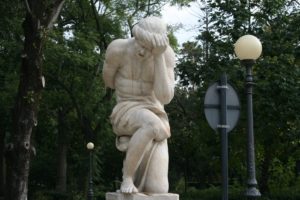 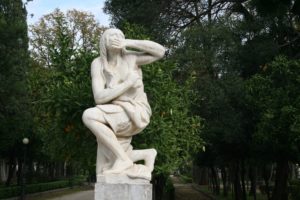