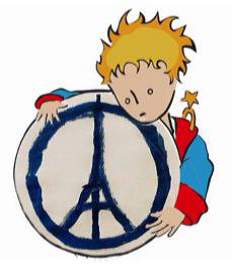 HRH The Prince Charles of Bourbon-Two Sicilies, Duke of Castro, Head of the Royal House e wishes to express – on His own behalf and on behalf of His family and all the Knights and Dames of the Dynastic Orders– His heartfelt sympathies and His deep sense of outrage over the sickening, barbaric acts perpetrated by terrorists in Paris. The Prince would like to convey His deepest condolences to families of the victims, together with His best wishes for a speedy recovery to all the people who were injured. This tragedy is yet another stern reminder of the inhumanity of terrorism, a veritable threat to the civilised world. It cannot be doubted, however, that the world will now gather the strength to form a united front against those who intend to obscure centuries’ worth of cultural achievements.